Desire Street believes that the best investment for lasting change in a neighborhood is time, presence, and relationship. None of those things happen overnight, and the revitalization of under-resourced neighborhoods is a tremendous undertaking by courageous leaders nationwide. Many of which intentionally decide to call those neighborhoods home themselves.

Our desire is to encourage, equip and connect leaders who answer that call.

Desire Street Ministries originated in 1990 in the Desire neighborhood of New Orleans, LA.

Today we coach and care for ministry leaders in multiple neighborhoods across multiple states and beyond. We walk with leaders through the ups and downs of ministry in neighborhoods where God sees the beauty and is working there to revitalize the community.

Katrina decimated the Ninth Ward and Desire Street campus, leaving families scattered. Desire Street Ministries gathered most students and opened a temporary boarding school in Florida to continue their education and the ministry

Our desire is to encourage, equip and connect leaders who answer the call 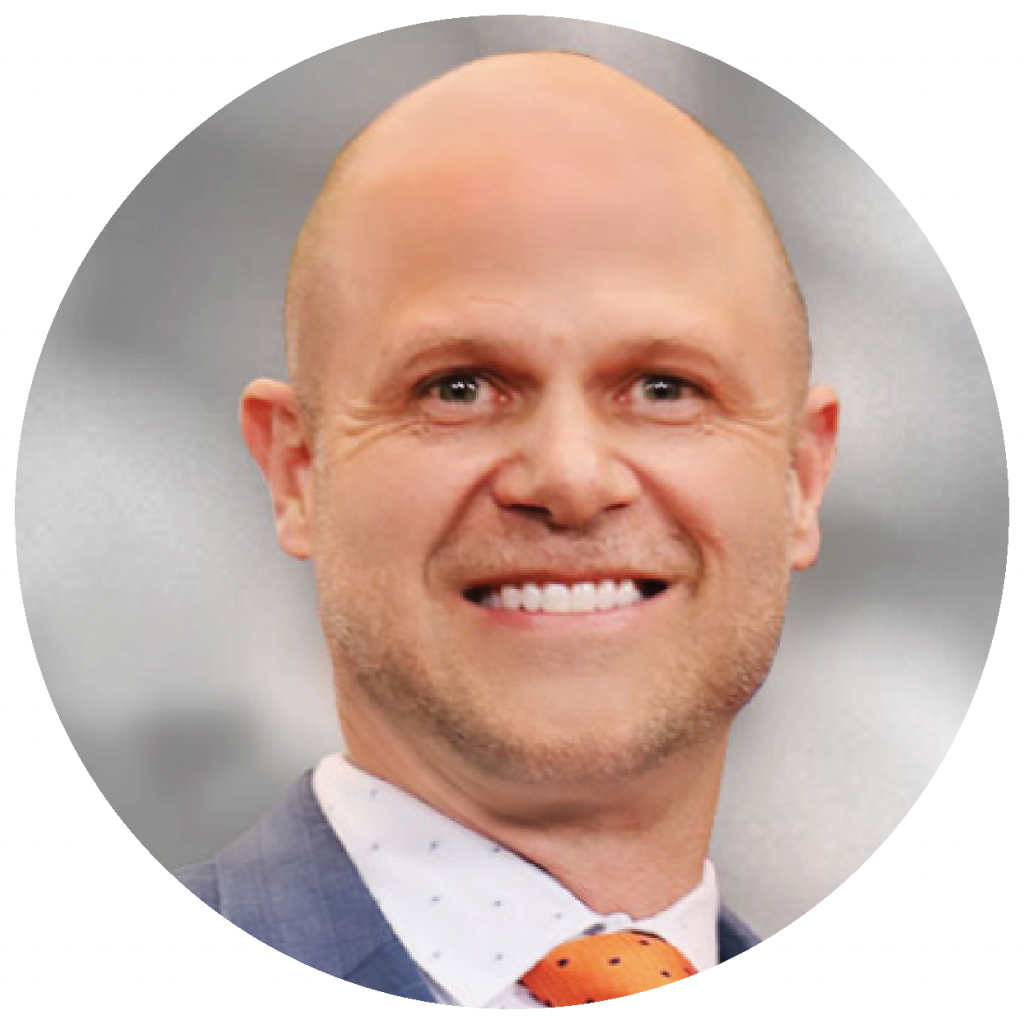 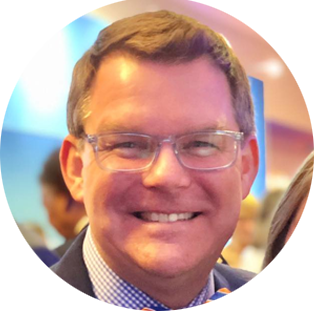 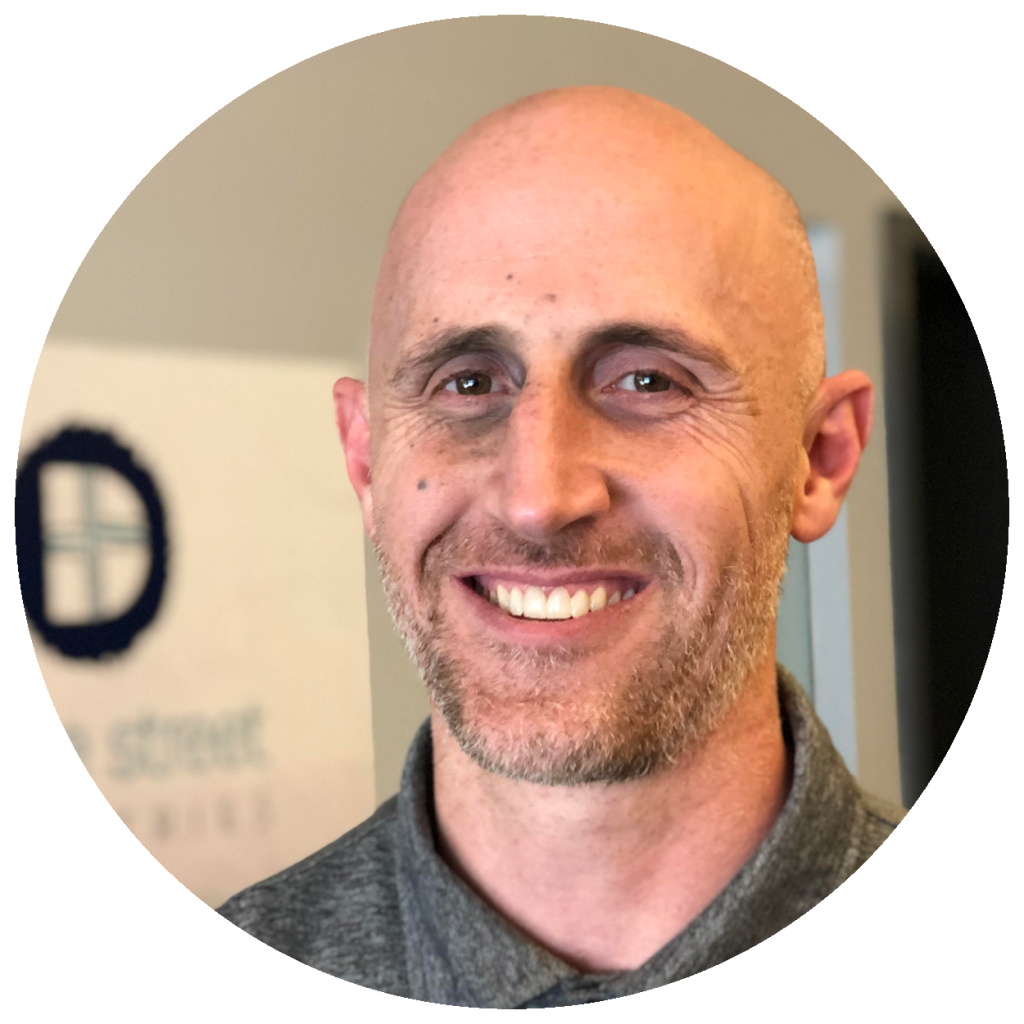 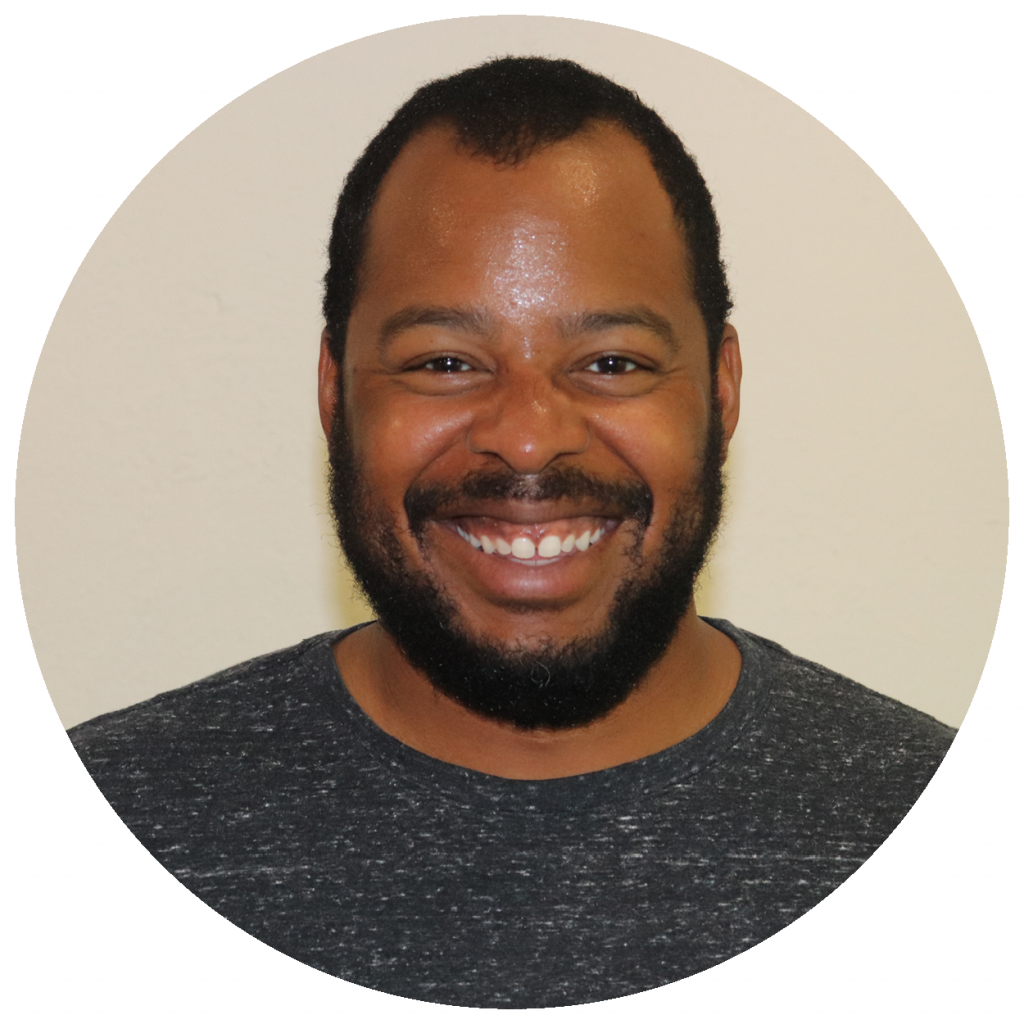 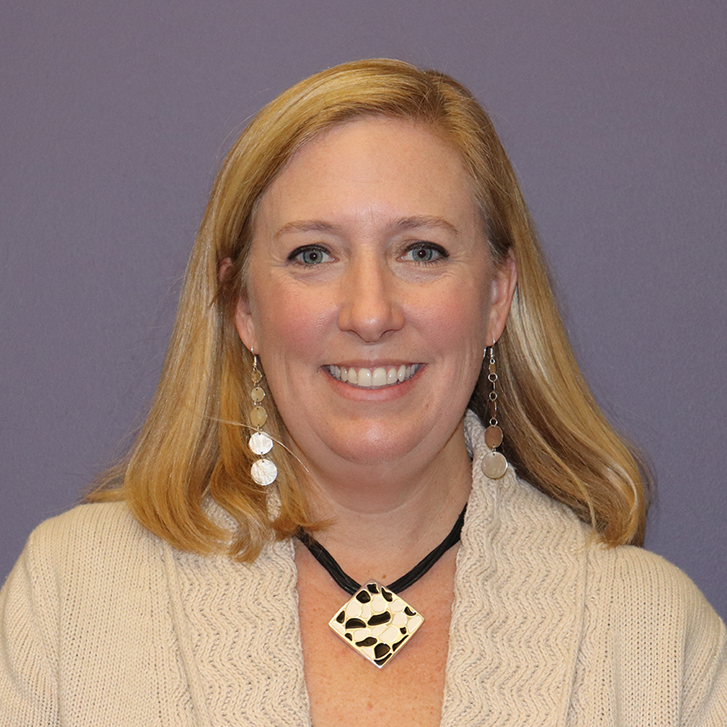 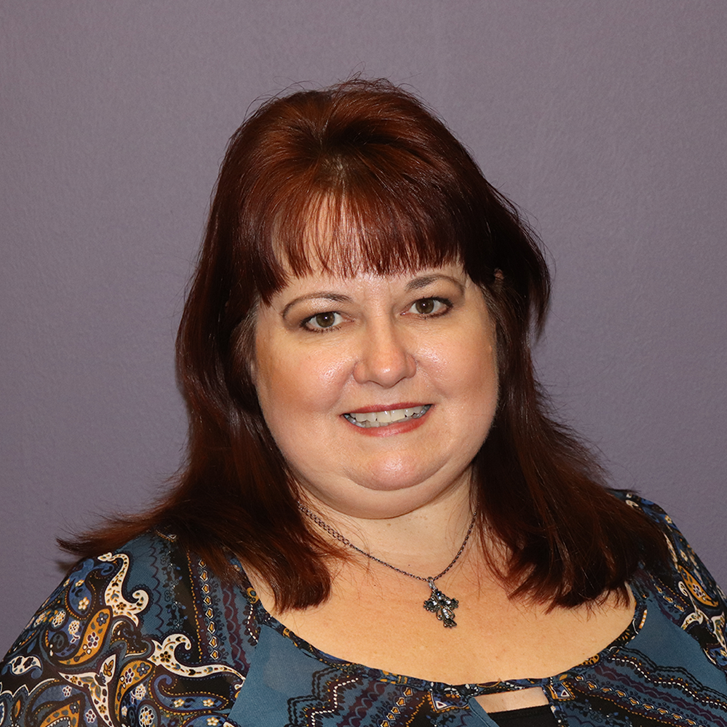 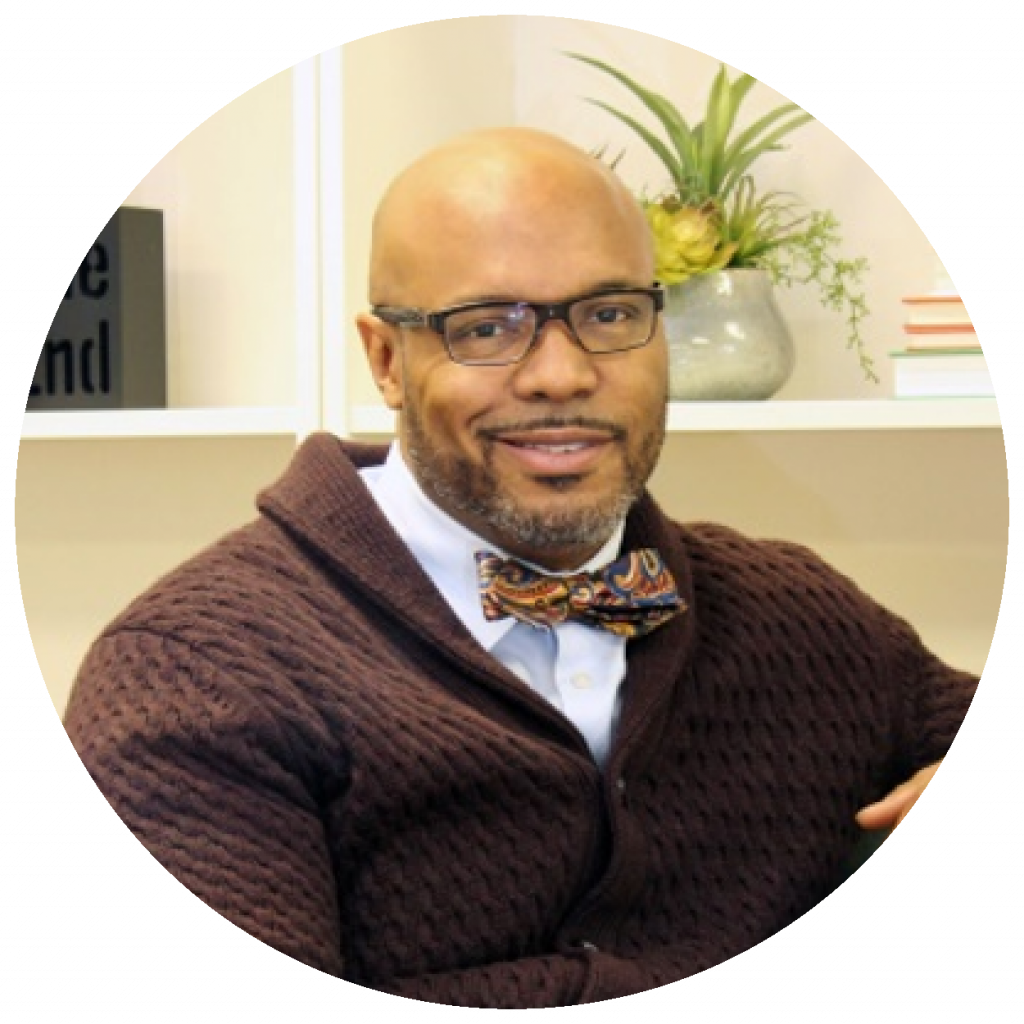 Allan is currently the Senior Vice President of Finance (CFO) and Operations (COO) for TIGHITCO, an aerospace manufacture in Atlanta. Allan has 25 years of broad base corporate finance and accounting experience that expands the globe. His experience as a Certified Public Accountant and a Certified Management Accountant, coupled with his first hand entrepreneurial experience, positions him to provide insights into effective business management.

He started his career in Public Accounting at KPMG in Detroit, but has spent the majority of his career in Corporate Finance and Accounting with corporations including General Motors and United Technologies Corporation.

His responsibilities as a CFO have provided him with international manufacturing experience in Germany, France, the UK, China, Singapore, and Australia. This international experience was the perfect complement to his studies at Northwestern University’s Kellogg School of Management where he obtained his M.B.A. with a concentration in International Finance.

Allan is also the founder of BizWhizz.org, a non-profit organization that mentors high school and college students using a proprietary entrepreneurship curriculum that he developed.

Allan and his wife Safiya have been married for 24 years and have 4 children. Allan also serves on the board of his church as the treasurer. Allan enjoys traveling with his family and watching his kids play sports. 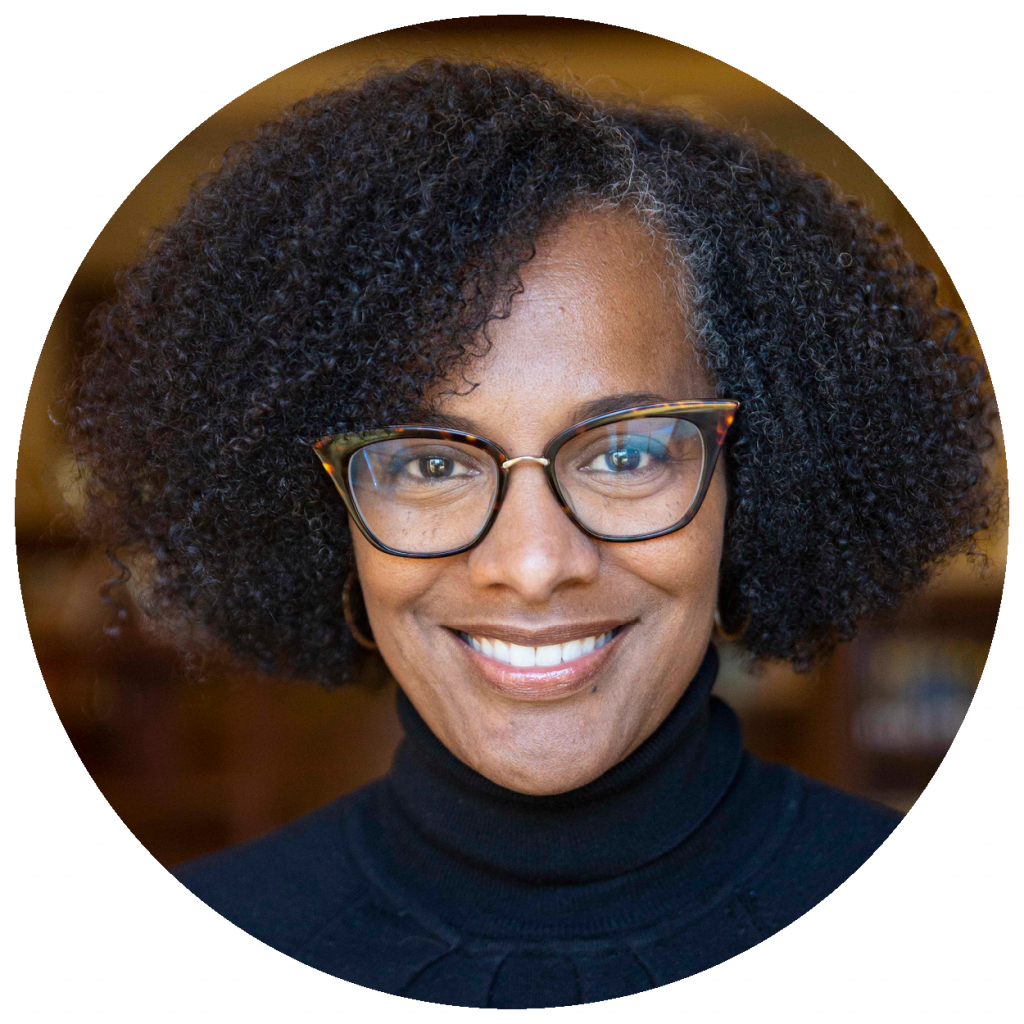 Joanne Beauvoir Brown is Chief Equity and Inclusion Officer of Pace Academy in Atlanta, GA. She oversees Pace’s diversity efforts in its Lower, Middle, and Upper Schools by supporting students, faculty and Pace families. Brown also facilitates diversity programming and ensures that the school’s curriculum reflects the diversity of local and global communities. 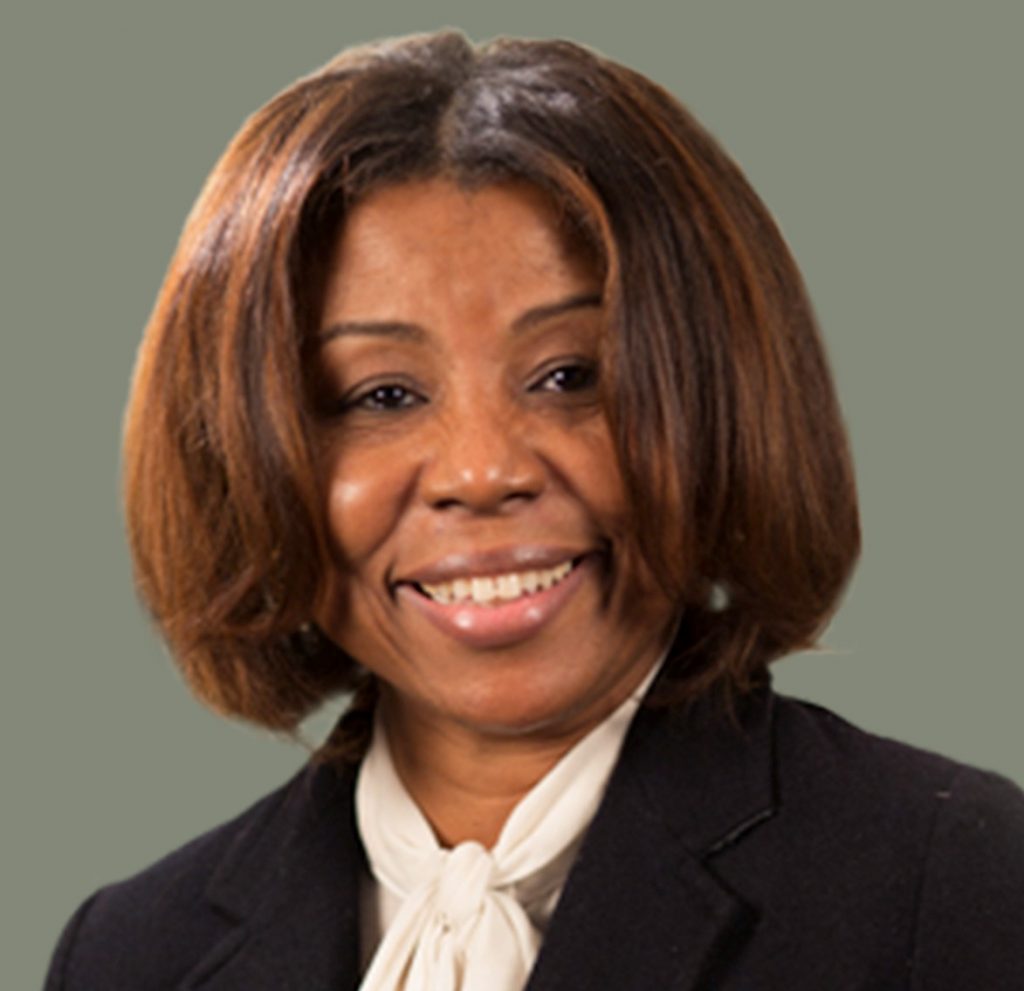 Ms. Reynolds-Cobb began her career with the Criminal Justice Coordinating Council in 1993. She served as a Program Assistant for Grants Administration and the Georgia Crime Victims Compensation Program, Program Manager, and Assistant Program Director before becoming the Division Director of the Victim Services Division in 1999.

As the Division Director Ms. Reynolds-Cobb managed several statewide programs including: the Georgia Crime Victims Compensation Program, the DUI Memorial Sign Program, and the Forensic Medical Examination Program, and the Unclaimed Restitution Program. In February 2006, Governor Perdue appointed Ms. Reynolds-Cobb to the State’s Interstate Compact Advisory Council on Adult Offenders and she has been reappointed to this role by Governor Deal. Ms. Reynolds-Cobb has served as President for the National Association of Crime Victims Compensation Boards; and as an advisory member of the State Chapter of Mothers against Drunk Drivers: and as the Chairperson of the Multi-Agency Victim Services Partnership. She has served on the Victims and Community Advisory Council for the State Board of Pardons and Paroles and as an advisory member for Bridging the Gap Inc.

Ms. Reynolds-Cobb has served as a volunteer for numerous organizations including the Warren Boys & Girls Club, Big Brother and Big Sister, Cool Girls, Inc., the Alumni Association at Georgia State University, and several mentoring programs for boys and girls. Currently she serves as the Field Trip Mom for her daughter’s school; she is the troop leader of her daughter’s Cadette Girl Scout Troop, and the Service Unit Director of the Southeast DeKalb Girl Scout Service Unit. Last year she was voted the Rookie Leader of the Year for the South DeKalb Girl Scout Service Unit. 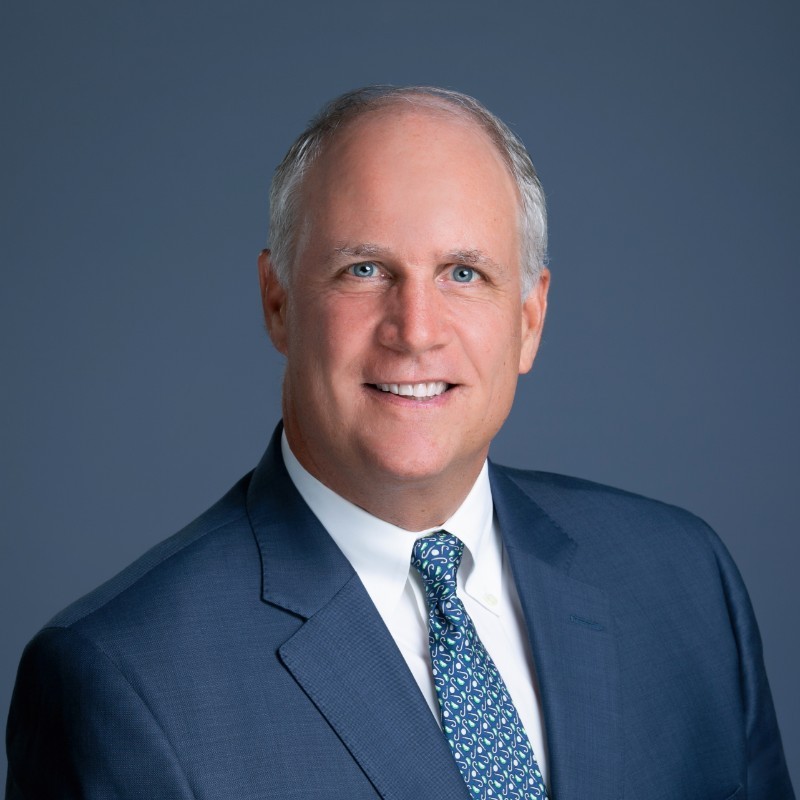 Jonathan Colehower is CEO of CargoChain. Prior to that, Mr. Colehower held senior management positions with Manhattan Associates, McKinsey & Co, Optiant and Oracle. He began his career at Accenture.
Mr. Colehower received his MBA from Vanderbilt University and bachelor’s degree from the University of Richmond.
He and his wife Debbie and children live in Atlanta, GA. 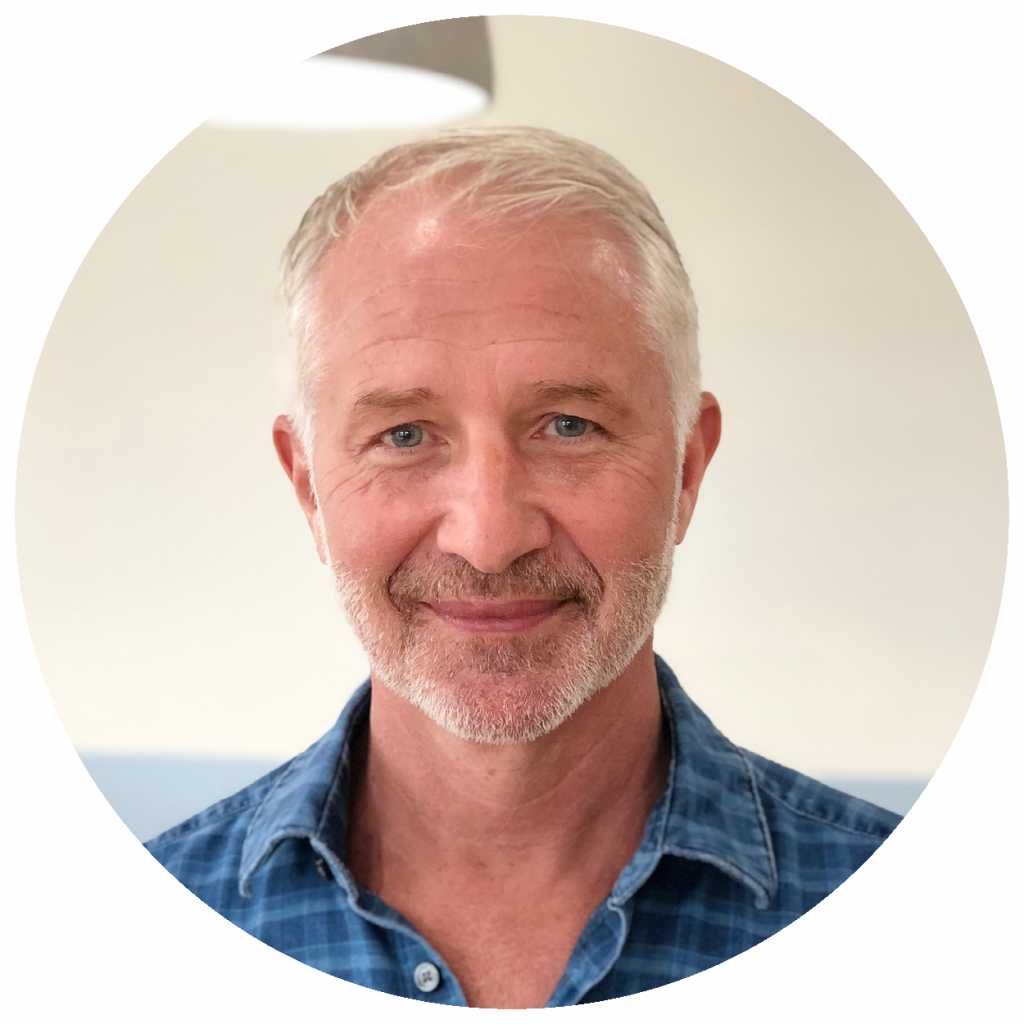 Steve is founder of The Impact Partnership, LLC. Impact designs and distributes retirement and insurance products. As the owner of 10 radio studios and a state of the art television studio in its offices in Kennesaw, GA, Impact is the market leader in the use of television, radio, and digital marketing. Further, Steve currently serves on the board for Retirement Wealth Advisors/FormulaFolios. RWA/FFI is the 10th fastest growing privately held company in the US according to the Inc. 500.

Steve has also founded an orphanage and school in Uganda, and co-founded His Hands Church, a non-denominational Christian church in Woodstock, GA. He was the lead pastor from 2007-2014. His Hands now has 1,800 people attending each week with a unique and thriving culture.

Steve and his wife live in Atlanta, GA and have 2 grown children and 3 grandchildren. 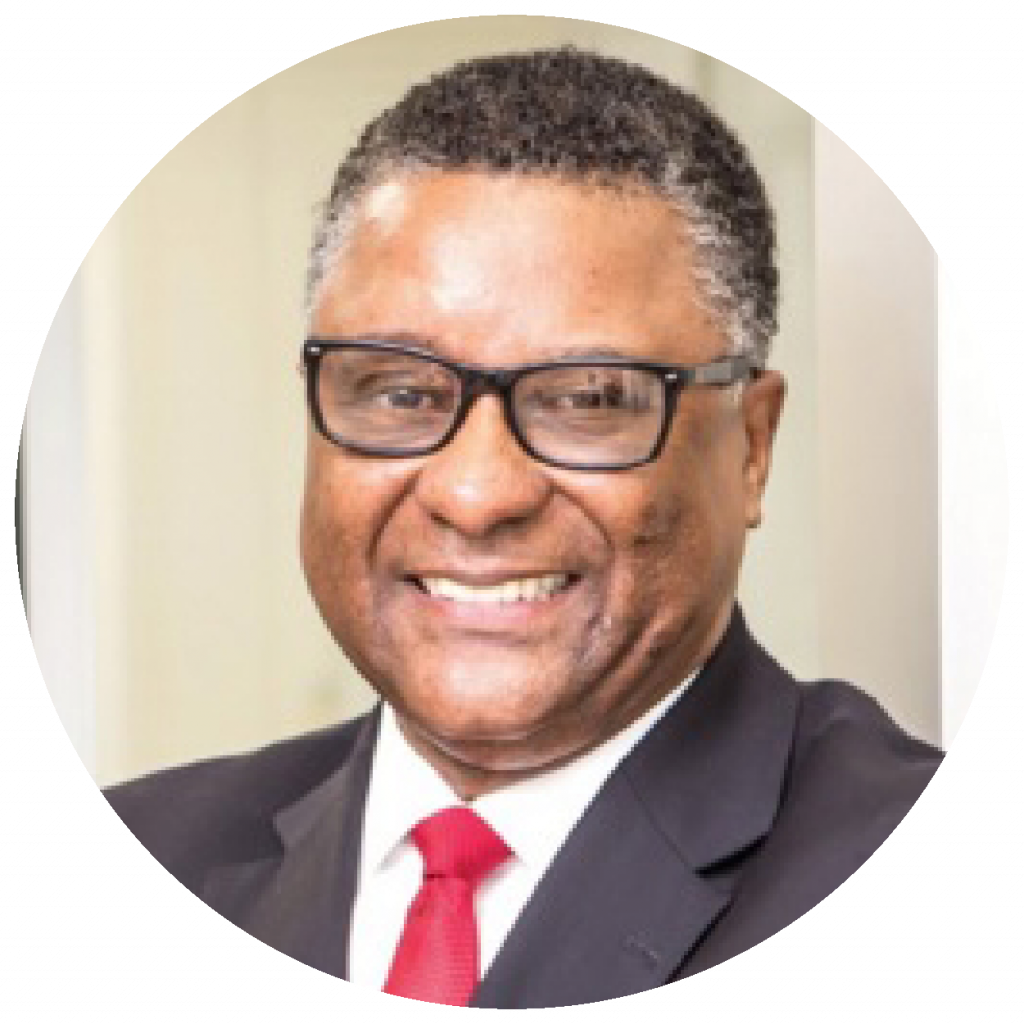 John Jackson is Atlanta Regional President of Cadence Bank. In banking for over 35 years, John spent 15 years with Bank South focused on retail banking, consumer lending, mortgage lending and commercial lending. In 1991, he moved to SouthTrust as regional manager of East Metro Atlanta, then became regional president in Jacksonville, FL. He co‐founded Bank of Atlanta in December 2004, serving as President and CEO.

When it was acquired by State Bank and Trust, Mr. Jackson became Executive VP and Market President for the latter.

John is a DeKalb County native, a graduate of the University of Georgia and serves on the boards of the Winship Cancer Institute, Covenant House of Georgia, The Carter Center Board of Councilors, and Kaiser Permanente.

John and his wife, Sandra, reside in Fayette County. They have two grown daughters. 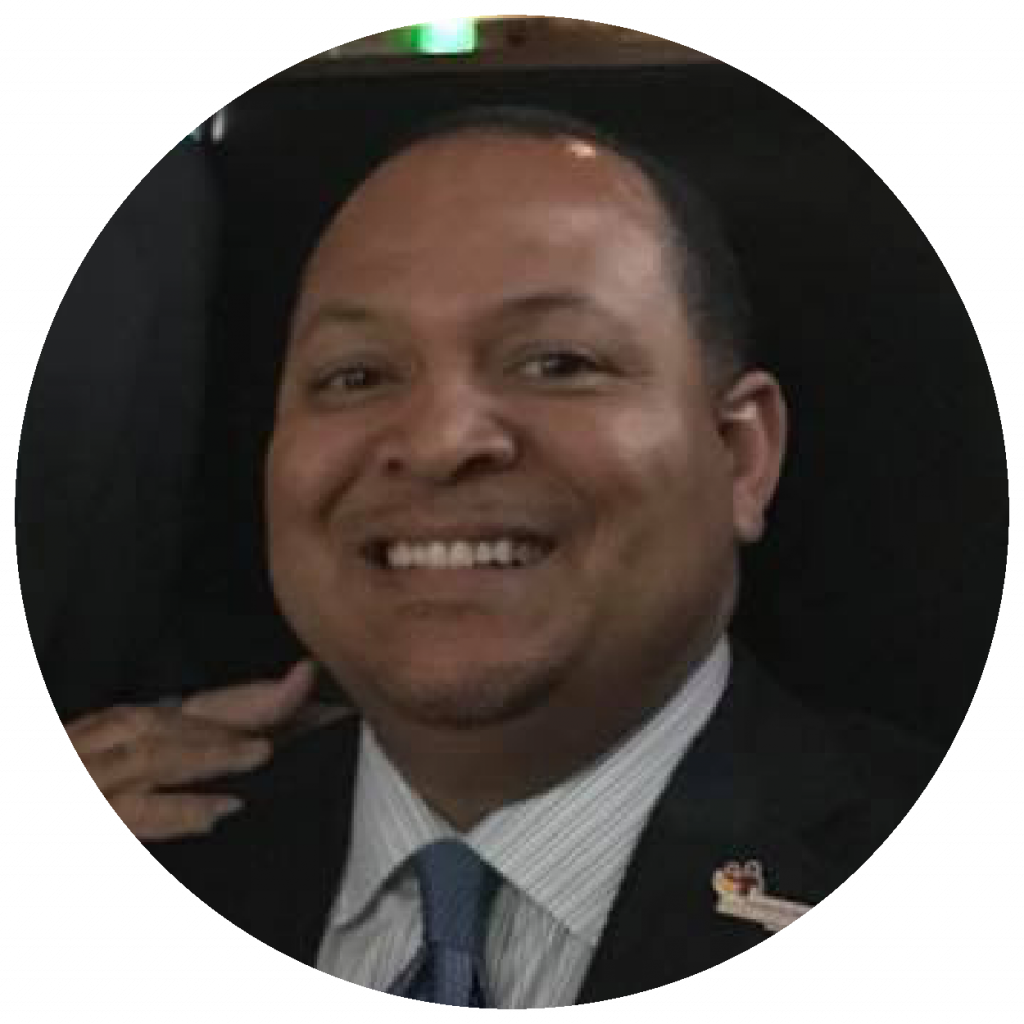 Mr. Thigpen serves as Executive Director of Academic Support for Gwinnett County Public Schools. He formerly served as Principal of South Gwinnett High School, and has worked for the school district since 2005 as a math teacher, assistant principal and principal.

Prior to joining the Gwinnett County Public Schools team, Mr. Thigpen worked in several other school districts in the state of Georgia including: Newton, Coweta, and Decatur. In addition, he worked as a campus minister with Campus Outreach at Morehouse College and coached football at Presbyterian College.

A graduate of the Gwinnett County Public Schools Aspiring Principal Program, Mr. Thigpen is very active in his community. He serves on the City of Snellville’s Economic Development Board, the Northeast Georgia Council for Boys Scouts of America Executive Board, Executive Member of Gwinnett County Public Schools’ Human Resources Advisory Board, and the Director of Christian Education for his local church. A believer in servant leadership, Mr. Thigpen was awarded Principal of the Year by the Area I PTA of the Gwinnett Council.

Danny Wuerffel is executive director of Desire Street Ministries and a former American college and professional football athlete who played quarterback for the University of Florida and the New Orleans Saints, the Green Bay Packers, Chicago Bears and Washington Redskins. While at the University of Florida, Wuerffel led the Gators to four SEC Championships and the
university’s very first National Football Title.

He won the 1996 Heisman Trophy, the William V. Campbell Award, (formerly known as the Draddy award for the Nation’s top student-athlete) and set 17 NCAA and University of Florida records. He graduated with high honors earning his bachelor’s degree in Public Relations. In 2013, Wuerffel was inducted into the College Football Hall of Fame.

The New Orleans Saints drafted Wuerffel in 1997. After three years with the Saints, he played with the NFL’s European league, winning the World Bowl Championship and was selected as the league’s MVP by the European media. Wuerffel then went on to play one season with the Green Bay Packers followed by the Chicago Bears and Washington Redskins before retiring his
professional football career in 2004.

Immediately following his football career, Wuerffel joined Desire Street Ministries in New Orleans’ Ninth Ward, a nonprofit with a mission to revitalize one of America’s most impoverished neighborhoods through spiritual and community development. Wuerffel became executive director in 2006 and under his direction, Desire Street Ministries moved its headquarters to Atlanta and expanded its outreach beyond New Orleans to impact hundreds of children and
families living in other southern inner cities.

A passionate and popular speaker, Wuerffel shares how his experiences playing football have influenced his life in his book, “Danny Wuerffel’s Tales from the Gator Swamp: Reflections of Faith and Football.” Born in Pensacola, Florida, Wuerffel grew up as the son of an Air Force Chaplain, living all over the country as well as three years in Spain. He now calls Atlanta his
home with his wife, Jessica; two sons, Jonah and Joshua; and a daughter, Macy.

James Gadsby was previously Director of Information Technology for The Home Depot, Inc. based in Atlanta, Georgia.  He holds over twenty years of industry leadership in business transformations, project implementations and strategic technology design, application development and deployment.  Most recently he served in a CIO role for the company’s Home Services business.

Among his professional accomplishments, he helped lead the company through a division-wide SAP implementation for The Home Depot Canada – the largest SAP retail transformation in the world.  He also previously led the company’s Customer Experience Specialty Systems, including store and online solutions for customer-facing special order and configuration systems.  James also has an extensive IT background in inventory management, supply chain, credit processing, and systems internationalization, also leading the company’s IT efforts for entry into the Québec and Argentina markets.

Prior to joining Home Depot, James worked in the Systems Integration Consulting practice of Accenture where he led Load Management & Customer Service solution development and deployment at Florida Power Company.

James earned his undergraduate business degree in Finance at the University of Florida, where he met his wife Elizabeth. He later earned his MBA at Georgia State University.  James and Elizabeth live in metro Atlanta where they are active in their church and community. In addition to serving on the Desire Street Ministries Board of Directors prior to joining the staff, he serves as Regional Director on the University of Florida Alumni Association Board of Directors, as Door Holder Captain at Passion City Church, Past Co-president for the Atlanta Gator Club and as a Crew Chief for the annual Peachtree Road Race.  Previously he also served on the Boards of Directors for the Georgia Chapter of Americas’ SAP User Group, the Atlanta Gator Club, and North Georgia Walk to Emmaus.  James is an Eagle Scout and enjoys family, travel, golf and philanthropy in numerous ministry & civic organizations. He is an avid Florida Gator fan and is most grateful for the immeasurable grace with which Jesus has covered his and Elizabeth’s lives.